In 2016, I got asked to present Best Practices on ALM/DevOps with Azure to a Ukrainian university.
This year, from Poland/Warsaw I gave another talk via Skype to 18 students for over an 90 minutes.

Because the Ukrainian students are also studying French, I had to give the talk entirely in French, which was easy as it is my native tong ! 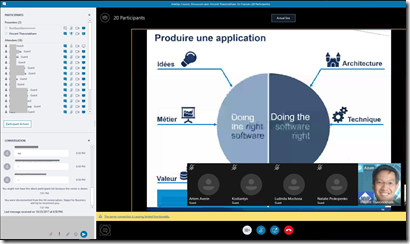 The slides are available here : 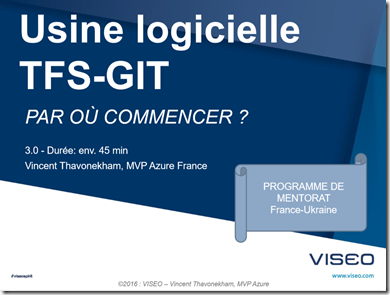 Great to have the opportunity to train during evening classes. I was live from Poland – Warsaw, with about 18 students on Azure DevOps. Many questions. Hope to see them loving Azure and VSTS soon ! 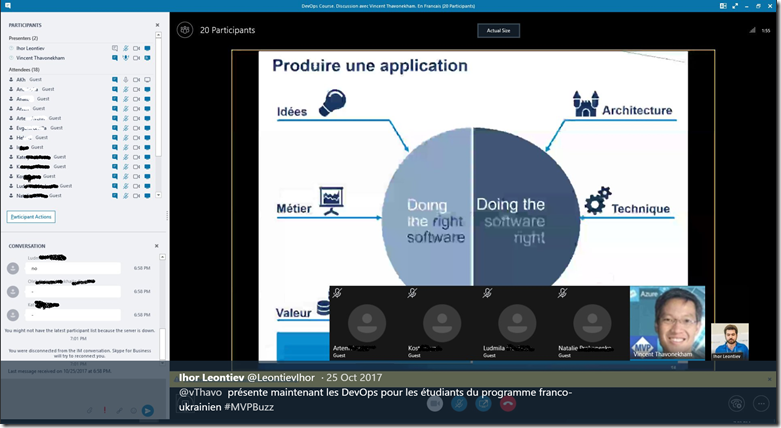 I had the opportunity to work with the OPC Foundation with Thomas Burke, president of OPC Foundation worldwide, very open minded and accessible to talk on various topics.

We organized an OPC Convention in France (free event), in the Headquarter of Schneider Electric (an OPC member, where Jim Luth, Schneider-Electric, is Chief Technology Officer). The “hive” has reached its full capacity, with head of Industry4.0 from SAP, Renault and Schneider. With other VIP and CTO interested in security, blockchain, …

Behind this OPC convention, we had the opportunity to present our vision on stage (along with the head of SAP for Industry4.0, head of Schneider Electric for Industry4.0, head of Renault for Industry of the Future, creator of OpenOPCUA, the creator OPC UA nodeJS and book author, …).
During the convention, many insights of Industrial IoT got presented worldwide, concrete feedback of the massive Industrial project with Renault and OPC UA as key to its strategy, … The problem is that, now we see that France are so much behind Germany, and even behind China that has an innovative strategy enforced by the government on their Industrial products/goods and manufacturing processes !!
(report in French here)

Wake-up France !! Industrial IoT is a reality, when you’ll realize that, it’ll be too late ! I also presented the work we done for Renault regarding security and Blockchain (ePassport). 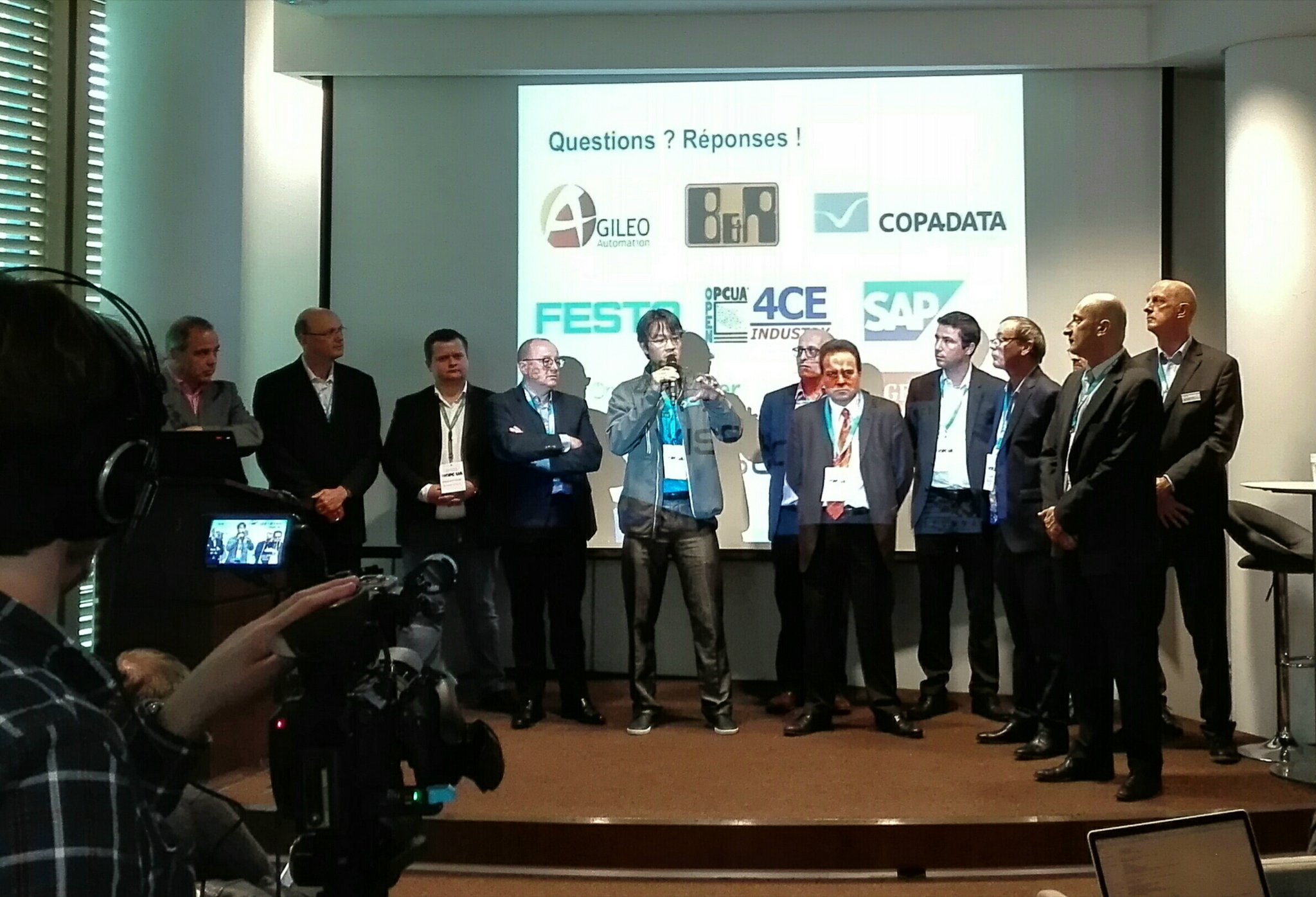 Finally, we got the chance to make thing move in France, with Thomas Burke (on the very right hand-side proposing great ideas). We’ve got a plan with few elements and let’s hope I’ll gather enough people and companies (and budget !!) to make things move nationwide : I might be Microsoft Regional Director and Azure MVP, which gives me access to those VIP people worldwide on one side, and on NDA roadmap for the next few years on the other hand, but if all the promises made to me are not in place rapidly, we could wait an extra 2 or 3 years to make things emerge into industrial reality… 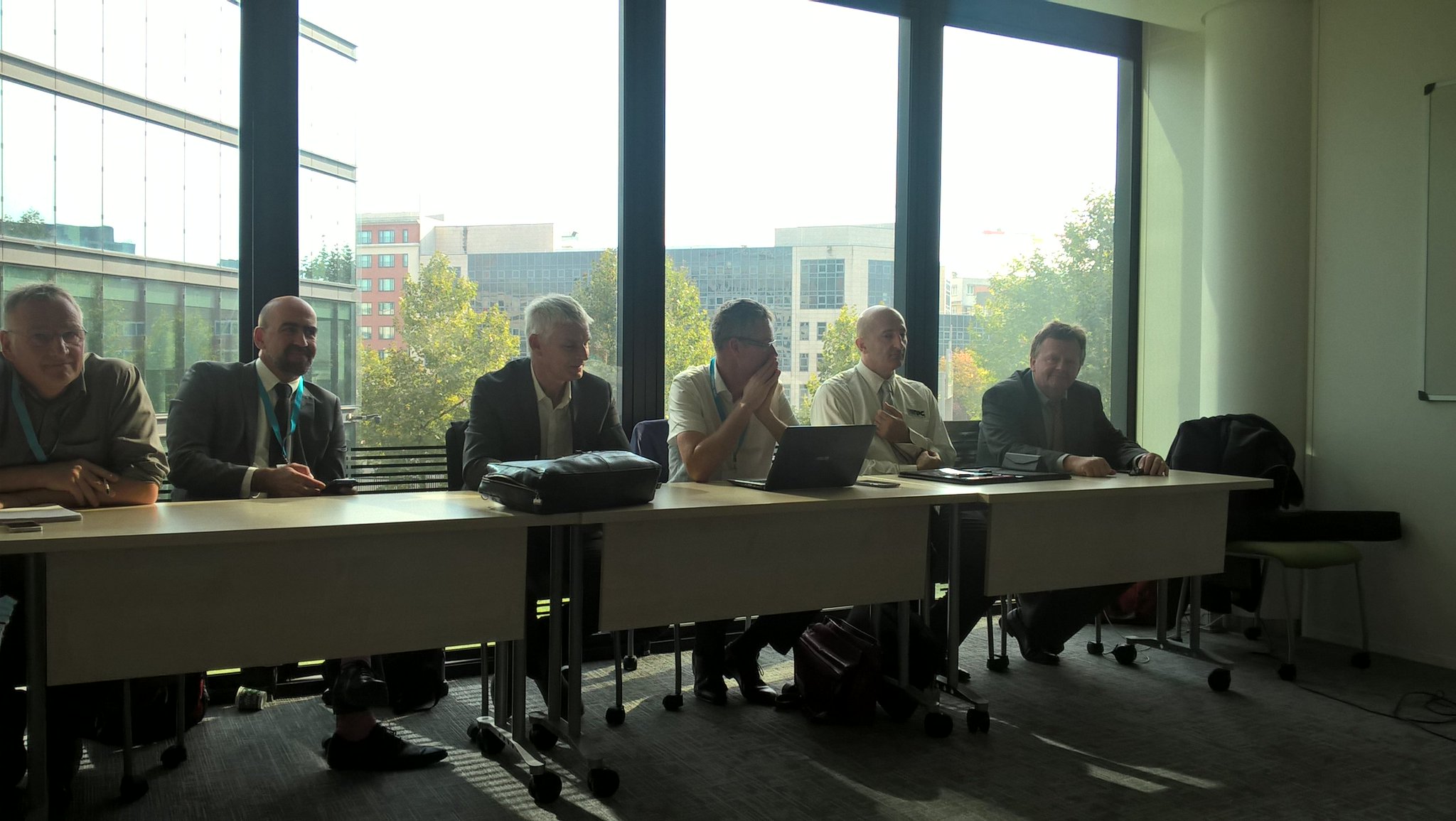 Let’s hope France will not be “Industry of the Past !“ if the Government and other major actors are not moving fast enough !
OPC UA is totally independent from Microsoft ; but because Microsoft works on Industry4.0 and Industrial IoT connected to Azure Cloud, with Microsoft France, we are trying to join our forces with Microsoft Germany and Microsoft Corp.
And by that time, France we will be the bottom rank : It’s an industrial competition, we have to be proactive and move fast !!

You want to know more about WSL ?

We wrote an article for a detailed Step-by-step install with advices, and advanced usage in the context of Azure. 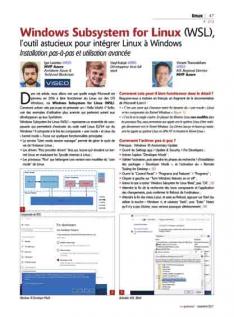