This is only the beginning of the History for “IoT in a Day”, a worldwide event where Microsoft Corp presents Azure IoT, including Microsoft IoT Central, the SaaS IoT product that eases greatly IoT, so much that even someone who doesn’t know coding can setup IoT project.

The specificity of “IoT in a Day” is that within 1 day, one could see an end-to-end IoT scenario : a bit of theories, a deep dive testimonial of customers, a manipulation of true devices with firmware upgrade and Wifi configuration, then Azure connection, with telemetry display ! Key success factors for IoT (based on worldwide feedback, official Eclipse IoT fundation framework and 40 IoT projects, and customers’ feedback)

Microsoft Corp has selected Igor Leontiev and I to organize this event, respectively Azure MVP and Microsoft Regional Director, after having passed a worldwide selection, backed up with 40 IoT projects and customer’s testimonials. 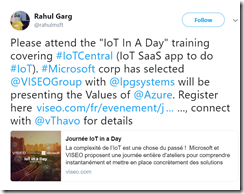 AGENDA OF THE FREE TRAINING :

(see here for details of the day in French: www.viseo.com/fr/actualite/iot-day-compte-rendu) 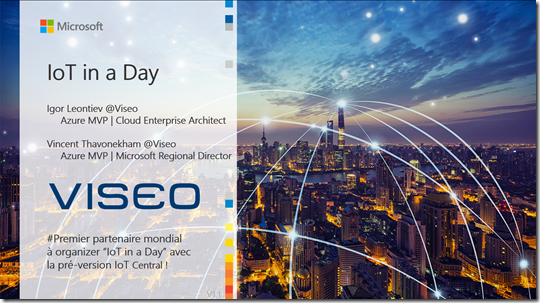 Attendees provided really enthusiastic feedback of this format ; this is the very first of a series that is going to be deployed worldwide for the next following months. Next will be in Chicago, then many others in France on Key cities. Stay tuned for the other locations. Follow my Twitter.

Here is a summary of the event : https://t.co/olPQA7TZC3 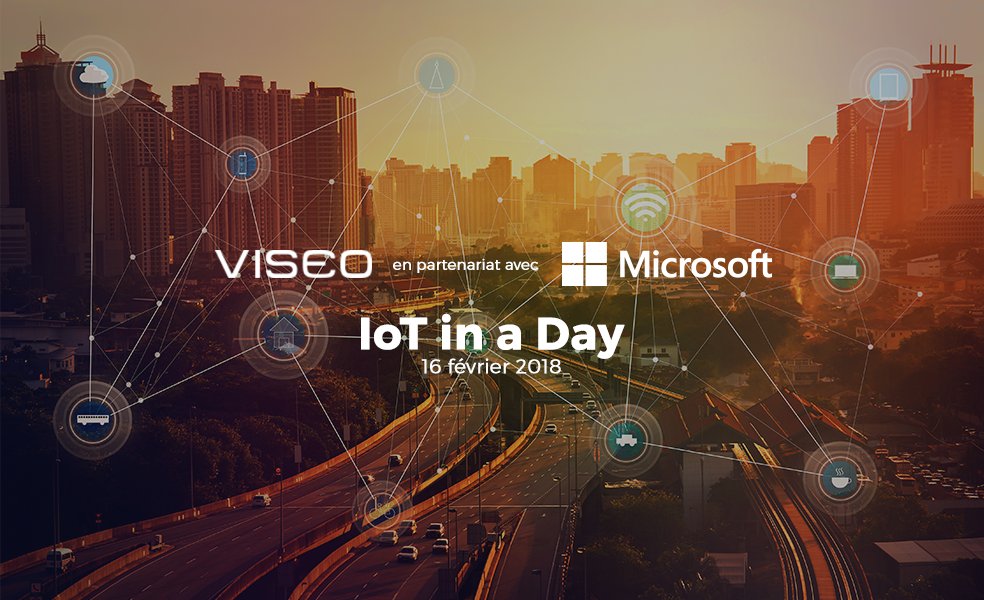 Some souvenirs from Microsoft France head-quarter:

A pause in the training with Rahul, from MS Corp, detailing their strategy 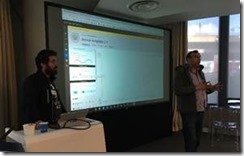 Celebrating the success in Lovely Paris ! 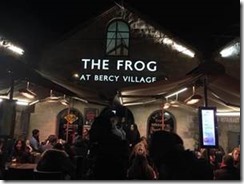 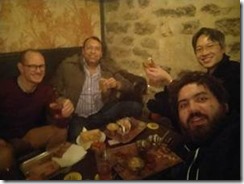